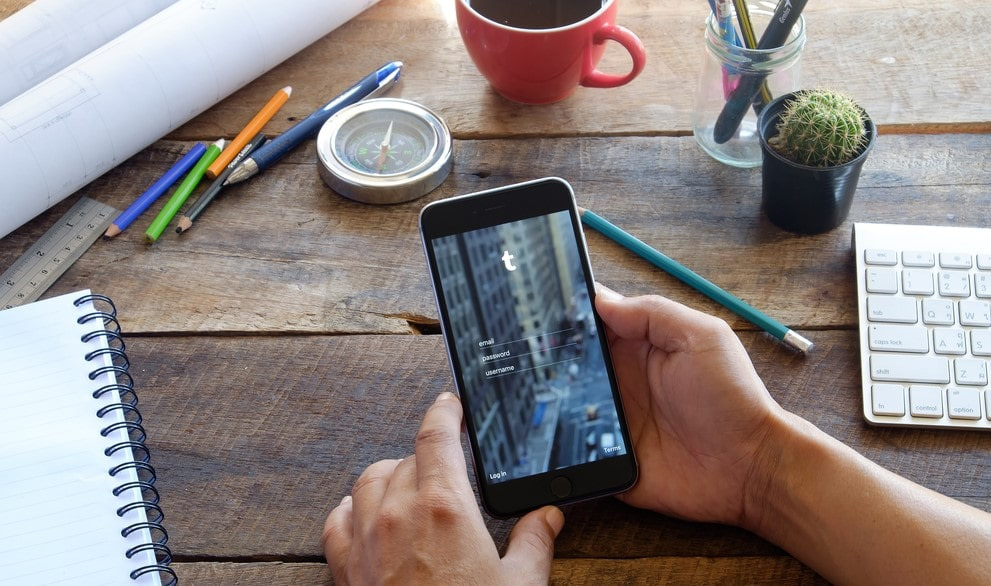 by Build that Blog

But, Tumblr has immense potential as a marketing channel. It is both a social network and a blogging platform. If you already have a blog, your Tumblr presence can boost your visibility and send more traffic your way. The platform has over 200 million blogs publishing 80 million posts per day.

No matter how you plan to use Tumblr, it can make a meaningful difference to your efforts at growing your audience online.

Over 48% of Tumblr users belong to the Gen Z cohort, born between 1997 and 2015 (source: Wall Street Journal). If you count young adults among your blog audience, Tumblr is a worthy marketing channel.

And, Tumblr is ranked #1 in social sentiment towards brands (source: Tumblr). If you can effectively engage your Tumblr followers, you’ll be in a better position to earn their loyalty.

Tumblr has a blanket ban on adult content. Should your blog deal with any risqué subject matters, go through their guidelines to clarify whether you can use the platform.

Before You Get Started on Tumblr

Before you sign up with Tumblr, define what you want to get out of the platform and revisit your ‘blog’s brand’ – what exactly is your blog is all about, who it is for, and why it exists.

Tumblr blogs that revolve around specific niches and sub-cultures tend to attract the most attention and build loyal communities. Therefore, having a clear message and concrete values matter on this platform.

Tumblr is not an out-and-out marketing channel. It is a place to create awareness about your blog and build relationships with your audience.

Tone down your marketing messages and leave the sales pitch out of your Tumblr posts. Instead, focus on connecting with people and providing them something of value. The more you build trust, the more likely your followers will advocate for you and exchange value with you.

Bloggers and brands use Tumblr as their top-of-the-funnel platform to build awareness and sow seeds of trust. So, suppose you make money writing smartphone accessory reviews on your blog. In that case, you should first position yourself as a resource for interesting, helpful information on topics related to mobile accessories.

You can also use Tumblr to experiment with different types of content and, along with other research findings, improve your overall content marketing game.

Tumblr will help you build your feed. You can skip this step if you wish

You will then be taken to your dashboard, which displays the live feed of the recent posts from the blogs you follow. You can like (heart icon) the posts, reblog them to your Tumblr blog, or reply to posts.

To get a taste of Tumblr, you can type in your niche or anything related to your blog. A search for smartphone covers brought up the results seen below. All of the likes, replies, and reblogs that a post has received are known as ‘notes’ on Tumblr. They appear at the end of each post. More notes are indicative of a higher engagement.

The dashboard is the default logged-in view, and this is where you create and publish posts.

Hashtags or tags, as they’re called in Tumblr, help users to find blogs to follow. Adding relevant tags will help your posts get in front of the right audience for your blog.

Once your post is ready, you can share it or schedule it to go out at the chosen time. Tumblr allows you to queue up to 300 posts at a time and publish up to 50 posts on the same day.

Upload a photo, choose an accent or background, and select a theme to make your Tumblr distinctive. There are different options to manage your account. You can let people ask questions, allow messages from Tumblrs you follow or don’t follow, and automatically set up sharing posts on Twitter.

As previously mentioned, Tumblr is a platform primarily for creating brand awareness and building an audience rather than a marketing channel.

Even so, you can include affiliate links in your Tumblr posts, and they won’t be blocked or removed.

That said, you should avoid relying solely on Tumblr to promote your affiliate offers and steer clear from adding too many affiliate links. It can alienate your audience.

The compass icon clues you in on trending topics, and staff picks. You can filter the content by text, photos, GIFs, video, and ‘asks,’ Asks can be used to ask a question on Tumblr.

Using the ask a question feature, you can do market research, collect opinions about a product/service you promote on your blog or gain a sense of user sentiments about a topic or news event. You can ask questions either publicly by displaying your username or anonymously.

Tumblr has a simple interface. You should have no problem getting to grips with its features and functionality quickly. As with any social media network, the more you use it, the more familiar you will get with everything it has to offer.

Tips to Grow Your Following and Boost Blog Traffic

Here are some ways you can build a loyal community on Tumblr, which in turn can translate into traffic and revenue for your blog.

Tumblr’s engaged audience and positive social sentiments can make a real difference to your blog’s marketing results. Familiarize yourself with the platform and experiment with different strategies to discover what works best for you 🙂

Theo McArthur has been blogging for more than 20 years and has extensive experience with WordPress, content marketing, and affiliate marketing. In 2016 she launched the video training course, 'Blogging for a Living', and has taught over 22,000 students how to set up their own successful blog

Get the Step-by-Step Video Training Course and Start Your New Blog Today :)

Please log in again. The login page will open in a new tab. After logging in you can close it and return to this page.

This website uses cookies so that we can provide you with the best user experience possible. Cookie information is stored in your browser and performs functions such as recognising you when you return to our website and helping our team to understand which sections of the website you find most interesting and useful.

Strictly Necessary Cookie should be enabled at all times so that we can save your preferences for cookie settings.

If you disable this cookie, we will not be able to save your preferences. This means that every time you visit this website you will need to enable or disable cookies again.

This website uses Google Analytics to collect anonymous information such as the number of visitors to the site, and the most popular pages.

Please enable Strictly Necessary Cookies first so that we can save your preferences!